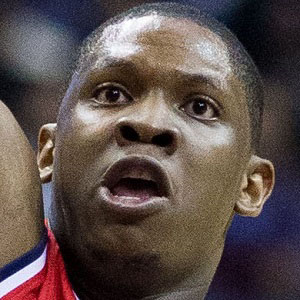 French power forward and center standing at 6'10" who joined the NBA's Washington Wizards in 2010. He previously spent several seasons with the French League team Cholet Basket, with whom he won the 2010 LNB Pro A title.

He began playing for the Cholet Basket junior team in 2006 and made his senior debut in 2007. He later won a silver medal representing France at the 2009 FIBA Europe Under-20 Championship.

In his last season with Cholet Basket, he won the 2010 LNB Pro A Most Improved Player award.

His parents are named Thierry and Sylene.

He has played alongside fellow big man Nene in Washington, D.C.

Kevin Seraphin Is A Member Of