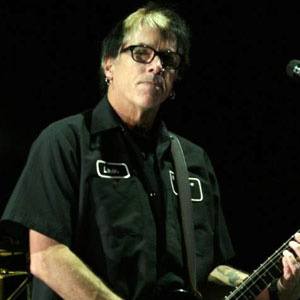 Better known as Noodles, he is the lead guitarist and back-up vocalist for the American pop rock band The Offspring.

He got his start in a local band in Los Angeles called Clowns of Death before joining The Offspring.

It has been said that he got his gig with The Offspring because he was the only member old enough to buy alcohol for the band.

He has a daughter and son with his wife Jackie Amy.

He and Ron Welty have both played with The Offspring.

Kevin Wasserman Is A Member Of