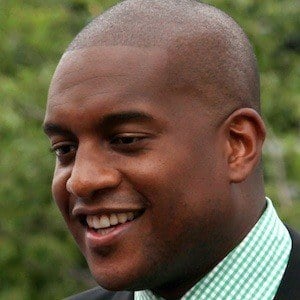 Retired hockey goalie who played for seven NHL teams between 1997 and 2009. After hanging up his skates, he became a broadcaster for the NHL Network.

He was drafted 41st overall by the Florida Panthers in 1993 and spent several years in the OHL and AHL before making his NHL debut during the 1997-1998 season.

He finished with 105 wins in 348 regular season NHL appearances. He helped lead the Carolina Hurricanes to the 2002 Stanley Cup Final, where they lost to Detroit.

His parents were Barbadian immigrants to Canada. He married Stephanie Weekes.

While playing with the Rangers in 2005, he suffered an injury that forced him to miss time. He was replaced by a rookie named Henrik Lundqvist, and never regained his starting job with the team.

Kevin Weekes Is A Member Of