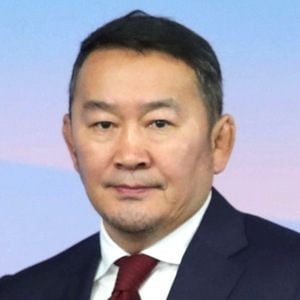 Mongolian politician who has gained fame for becoming the President of Mongolia in July 2017. He won with 50.6 percent of the vote after the first ever run-off vote in Mongolian history.

He named his first company Genco, inspired by The Godfather.

He is the second child of his mother and father who are both from Ulaanbaatar.

He is a fan of former White House photographer Pete Souza.

Khaltmaagiin Battulga Is A Member Of