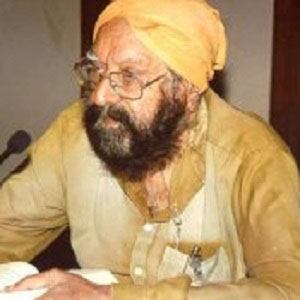 Remembered for his literary, journalistic, and political work, he penned numerous novels and short story collections, wrote for such prominent publications as The Illustrated Weekly of India and the Hindustan Times and served in the Indian Parliament's Rajya Sabha.

His numerous honors include the 1974 Padma Bhushan and the 2007 Padma Vibhushan. Also a lawyer, he served in the Lahore Court for nearly a decade.

His marriage to Kawal Malik resulted in children named Mala and Rahul.

He is the great-uncle of prominent Indian film actress Amrita Singh.

Khushwant Singh Is A Member Of