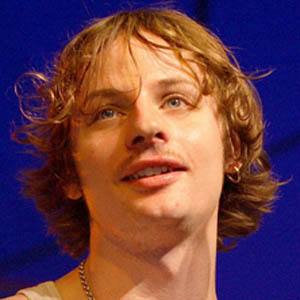 English singer, songwriter, and producer who has won critical acclaim with solo singles like "Rivertime" and "It's Time." He has had a hand in the writing of songs by a number of big name artists, including "Sweet Creature" by Harry Styles and "Roses" by Shawn Mendes.

He was raised in Chatham, Kent, England. He got his start in the mid-2000s as a regular performer at the music venue Nambucca.

His writing on Florence + The Machine's "Shake It Out" earned him an Ivor Novello Award nomination.

His real name is Tom Hull. He married Jenny Myles, with whom he has a daughter named Lullah.

Kid Harpoon Is A Member Of