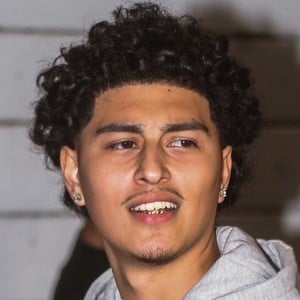 Hip hop artist notable for his 2017 track "Rampage" and a collaborative track he made with Bandlife Benny and Mike Sherm called "Knockdown." He joined a collective called SOB X RBE.

He was about 19 years old when he began to find success in the rap game.

His rap collective SOB X RBE was mentored by Sage The Gemini with whom they would also tour.

He is from the Bay Area of California.

He was featured on the Domz track "Young and Handsome" along with SOB X RBE, Bee Boie and JaRyan.

KiingRod Is A Member Of