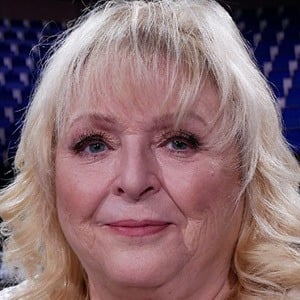 Swedish pop and country singer who is known for her famous yodeling and accordion playing featured in her songs. She is recognized for her hit singles "Bra Vibrationer" and "Osby Tennessee" and for also having participated in the Eurovision Song Contest.

She made her debut at the Melodifestivalen in 1978. She then recorded her first album Rock'n Yodel in 1979. She gained further attention by competing in the Eurovision Song Contest in 1982 and again in 1985.

She is also known for having hosted her own television program called the Kikki i Nashville show in 1986.

She was born in Osby, Sweden and was raised in Gavleborg.

She is also known for having appeared in the feature film Sean Banan inuti Seanfrika where she starred alongside Sean Banan.

Kikki Danielsson Is A Member Of