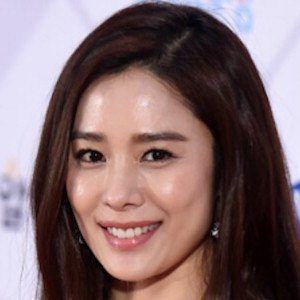 Most famous for her starring roles in the South Korean television series Twinkle Twinkle, Glass Slippers, and The Land, Hyun-joo is also known for her KBS Drama Award-winning performance in the 2007 series In-soon Is Pretty.

During her high school years, she participated in several modeling and music video shoots. She made her television acting debut on a series called The Reason I Live and went on to star in a 1998 film titled If It Snows on Christmas.

In 2010, following the death of her father and the suicides of two of her close friends, she took a break from acting and traveled to the Philippines and Bangladesh as an ambassador for the humanitarian organization Good Neighbors.

She grew up in South Korea's Gyeonggi Province and later studied film and theater at Dankook University.

Kim Hyun-joo Is A Member Of