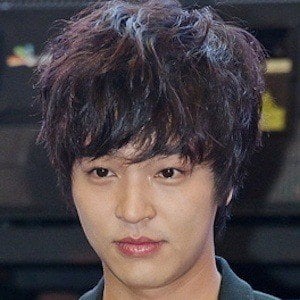 South Korean actor and singer who originally found fame as a member of the musical duo UN in the early 2000's. Following the band's disbandment, he began starring on series like Princess Hours as well as in films like 2015's Emperor's Holidays.

He pursued dentistry before dropping out to become an actor. He trained at Chung-Ang University.

He made his musical theatre debut playing Frank Abagnale Jr. in a production of Catch Me If You Can in 2012.

His father was a government worker and his mother was a housewife.

He acted alongside Yoon Eun-hye on Princess Hours.

Kim Jeong-hoon Is A Member Of