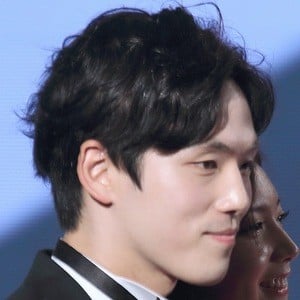 He made his acting debut in the film Overman which premiered at the 2015 Busan International Film Festival.

Some of his other television roles include spots in the 2017 MBC shows Rebel: Thief Who Stole the People and Binggoo.

Born in Busan, South Korea, he studied acting at the Korea National University of Arts.

He stars opposite Kim Se-jeong and Han Sunhwa in the television series School 2017.

Kim Jung-hyun Is A Member Of