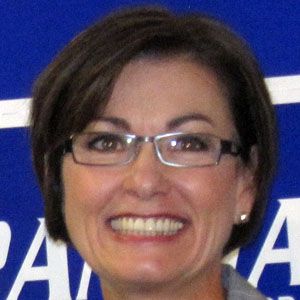 She served under the administration of Iowa Governor Terry Branstad.

Her marriage began in 1982 and resulted in three children.

She and Missouri politician Nate Walker both held office as Lieutenant Governor of a Midwestern state.

Kim Reynolds Is A Member Of