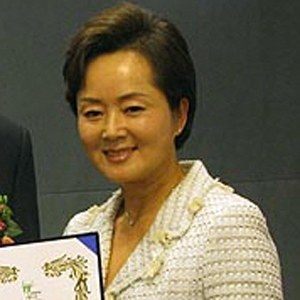 South Korean actress known for more than four decades of credits in popular television dramas. She became particularly known for her roles in shows like Doctors, Mirror of the Witch, and Liar Game, amongst dozens more.

Her acting career began in 1971 when she joined MBC's 3rd open recruitment. She then made her debut in the police procedural Chief Inspector.

In 2006, she briefly paused her acting career to work as the vice chairman of the cosmetics company Chamtowon.

In the SBS medical drama Doctors, she appears alongside the show's stars Kim Rae-won and Park Shin-hye.

Kim Young-Ae Is A Member Of