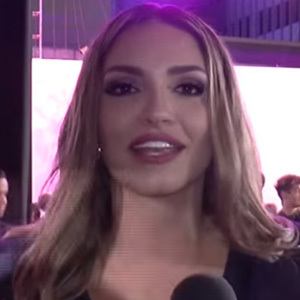 Colombian model, actress, and television presenter who is known for having starred as Lucia Arjona in the telenovela Diomedes, the Cacique de la Junta. She is also known for hosting the Channel One series Sweet, El Dulce Sabor del Chisme.

She first gained attention when she competed in the Miss World Columbia pageant in 2009. That same year, she started hosting the program Sweet, the Sweet Taste of Gossip. She then made her acting debut in 2011 in El Joe, La Leyenda on RCN Television.

She is known for having won the Best Leading Soap Opera Actress award in 2016 at the TV Y Novela Awards for her performance in Diomedes, the Cacique de La Junta.

She was born and raised in Barranquilla, Colombia and married Federico Severini.

Kimberly Reyes Is A Member Of