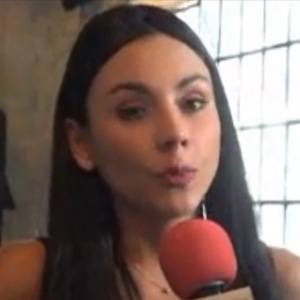 Actress and singer known for her time as a member of the all-girl group Escarcha. Their debut self-titled album grossed more than 20,000 sales on its first day. Since the group's disbandment, she has been seen on TV working mainly as an actress. In 2021, she gained fame for voice acting as the character Pepa in the movie Encanto.

She discovered her love and admiration of singing at an early age. She auditioned for, and made, the Colombian reality TV series Popstars.

In 2005, she made her television debut in the series Amorcity Corazon on the CityTV network. In 2015, she appeared in the Netflix series Narcos as Marina Ochoa.

She was born and raised in Villavicencio, Colombia. She married Nicolás Moreno in 2015.

She appeared alongside Wagner Moura, who portrayed Pablo Escobar, in Narcos.

Carolina Gaitán Is A Member Of