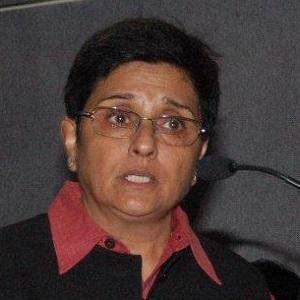 Indian social activist and the highest-ranking woman police officer in India. She is also the Political Advisor to the Secretary General of the United Nations in the Department of Peacekeeping Operations and has represented India in a number of international forums on several issues.

She has a Master's degree in Political Science, a Bachelor of Laws, and Ph.D. in Social Sciences.

She won the prestigious Ramon Magsaysay award in 1994 for Government service.

She married Brij Bedi in 1972 and the couple had a daughter named Saina. She is the daughter of Prakash Peshawaria and Prem Peshawaria.

She was present during screenings of a non-fiction film based on her life, narrated by Helen Mirren.

Kiran Bedi Is A Member Of