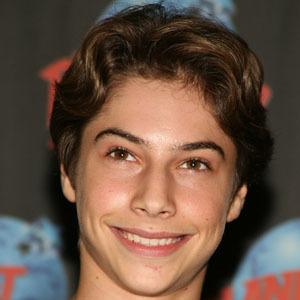 Broadway performer notable for his Tony Award-winning performance as the eponymous Billy Elliot in Billy Elliot the Musical. He was cast in the lead role at the Occidental Grand Aruba production of The Nutcracker.

He studied ballet and ballroom dancing as a child. He was the youngest male to be admitted to the junior company at the San Diego Academy of Ballet.

He joined season 22 of Dancing with the Stars as a professional dancer in 2016.

His parents Raisa Kulish and KIrk Kulish are immigrants from Ukraine. His older brother Victor worked as a singer-songwriter and recording engineer, and his sister Beata worked as a TV/film producer.

He starred alongside Haydn Gwynne in Billy Elliot.

Kiril Kulish Is A Member Of