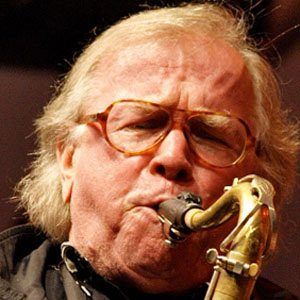 Jazz saxophonist, film music composer, and winner of a Bavarian Film Award in 1997. He created the project Passport in the early 1970s and it has performed for decades.

He attended a conservatory in Düsseldorf and went on to play with The Feetwarmers, a German Dixieland band.

He is featured on the score for The Neverending Story.

In 1960 he married Inge Beck and they had three children.

Doldinger composed the score for the movie Das Boot, which featured Herbert Groenemeyer.

Klaus Doldinger Is A Member Of