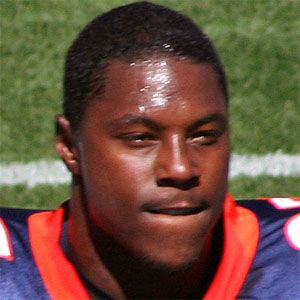 NFL running back who was drafted 12th overall in the 2009 draft by the Denver Broncos, after a successful career at the University of Georgia.

He was the first running back selected in the 2009 NFL draft.

While at Georgia he began dating gymnast Nikki Childs.

At Georgia he helped form a dominant offense with quarterback Matthew Stafford.

Knowshon Moreno Is A Member Of