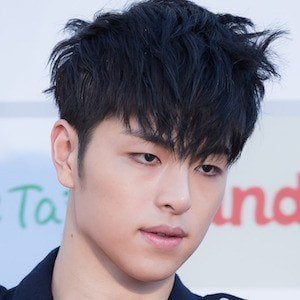 Also known as Ju-ne, he is a member of the boy band iKON that was formed through YG Entertainment. The group was formerly known as Team B and became well known for their 2013 victory on the Mnet reality survival show Who Is Next: WIN.

His first introduction to the world came in 2011 when he appeared as 13-year-old Michael Jackson on the variety show Star King, and another show called Kpop Star.

He appeared with several of his fellow iKON members on the 2014 reality show Mix & Match.

He performs alongside Bobby in iKON.

Koo Junhoe Is A Member Of