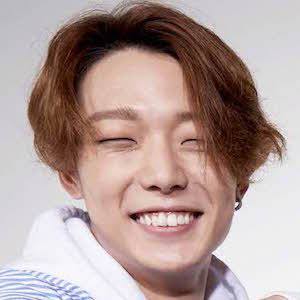 Rapper most well known as one member of the K-pop boy band iKON. The band has had numerous hit singles since their inception in 2013, including the 2014 #1 hit "I'm Different." He is also an established lyricist, having written for other Korean artists like Epik High and Masta Wu.

He was first introduced as a member of iKON, first known as Team B, in the first episode of WIN: Who is Next.

GQ Korean named him as one of the 2014 Men of the Year for making an impact on culture throughout the year. He won the third season of the rap competition show Show Me the Money.

Though born in Seoul, South Korea, he was raised in Fairfax, Virginia in the United States. He and his fiancée announced that they're expecting their first child together. They welcomed their child in 2021.

He starred on the television series Show Me the Money 3, Happy Together 3, and Running Man with fellow iKON member BI.

Bobby Is A Member Of