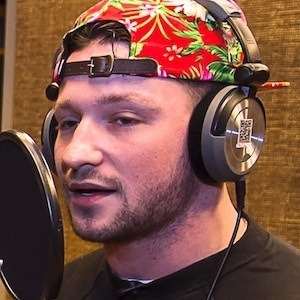 Most Popular#62537
Rapper Born in Netherlands#17

Dutch hip hop musician and television personality, known for his style of overly exaggerated rapping and mix of hip hop and dubstep beats. His debut album Crane was released in 2012.

He was a successful Judo fighter before becoming interested in pursuing music as a career. He began his music career in 2007 while competing in a hip hop competition called Before The Fame. This led him to become a presenter on BNN's The Next MC, which he began in 2013.

In May 2015 he released three albums at once. They were a trilogy called Guardian van the Real Shit.

His given name is Alex van der Zouwen and he was born and raised in Rozenburg, a small town outside of Rotterdam. He moved to Haarlem for his Judo career before relocating to Groningen for music. His daughter Maeve was born in February 2021.

He has collaborated on multiple tracks with Dutch pop singer Jan Smit.

Most Popular#62537
Rapper Born in Netherlands#17

Kraantje Pappie Is A Member Of