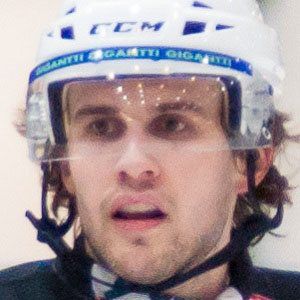 Canadian defender who made his NHL debut with the Columbus Blue Jackets in 2007. He played for the St. Louis Blues for two seasons, then joined the Calgary Flames in 2013 and soon became an alternate captain for the team.

He was selected 67th overall in the 2005 NHL Draft by the Blue Jackets.

He was born to Terri and Doug Russell and he has a twin brother named Ryan. He was coached in minor hockey by his father.

He became teammates with fellow defender Mark Giordano on the Flames.

Kris Russell Is A Member Of