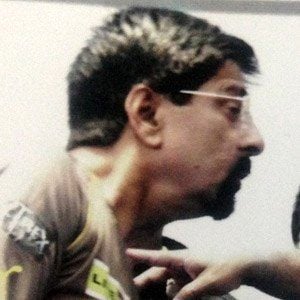 Former captain of the Indian cricket team, who won the 1983 Prudential World Cup, and later was a cricket commentator and broadcaster.

He made his ODI debut against England in 1981 and his Test debut two days later.

He was named the ambassador to IPL teams: the Chennai Super Kings in 2008 and the Sunrisers Hyderabad in 2012.

He and Chetan Sharma were part of the Indian team that defeated England in 1986.

Krishnamachari Srikkanth Is A Member Of