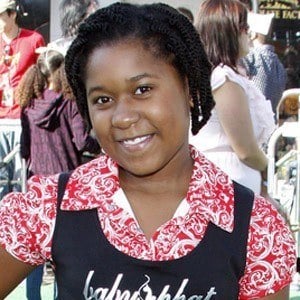 She worked behind the scenes during the production of the 2008 video The Little Mermaid: Ariel's Beginning.

Her television credits include guest spots on Outlaw, Special Agent Oso, and Lie to Me.

She was born in Lansing, Michigan.

She and fellow actress Raven Goodwin both appeared on Just Jordan.

Kristen Combs Is A Member Of