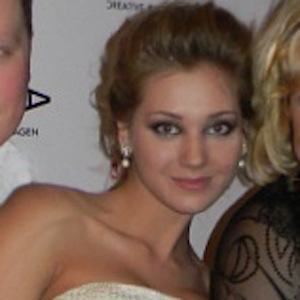 Perhaps most well known for her work in the Russian medical comedy series Interns, she is also notable for her starring roles in the films Dublyor (2013) and Z'olushka (2012), as well as for her significant internet presence. By 2015, she had close to 100,000 Instagram followers and nearly 200,000 Twitter followers.

Early in her career, she acted in the hit Russian comedy movie Six Degrees of Celebration.

The Russian version of Maxim once named her the country's most desirable woman.

She was born in Korolyov, Moscow Oblast, Russia, to Rada and Igor Myasnikov. Her marriage to singer Garik Kharlamov produced a daughter named Anastasia.

She is a contemporary of fellow Russian screen actress Eugenia Kuzmina.

Kristina Asmus Is A Member Of