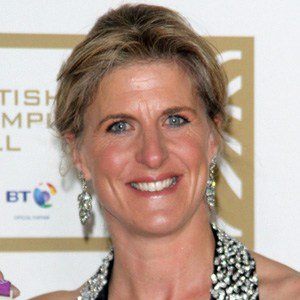 Eventing horse jockey who competed in the 2008 and 2012 Olympics.

She won her first gold medal in international competition at the 1994 World Championships at The Hague.

She was named to the 2008 Olympic Eventing team, after the withdrawal of Zara Phillips, the second-eldest granddaughter of Queen Elizabeth II.

Kristina Cook Is A Member Of