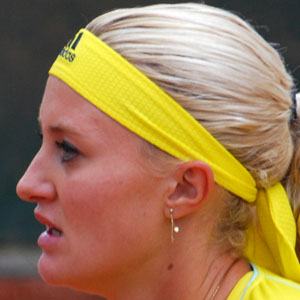 She began playing tennis in the Junior leagues in 2006, and was crowned the European Under 14 Singles Champion one year later.

She received a wild card at the 2009 Australian Open, but lost to the 14th seeded player, Patty Schnyder.

She was born in Saint-Pol-sur-Mer, France.

She defeated Italian Francesca Schiavone at the 2011 Hopman Cup.

Kristina Mladenovic Is A Member Of