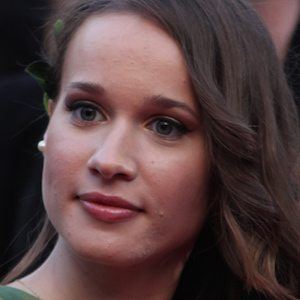 Dangdut singer, actress, and spokesperson, she skyrocketed to fame in 2002 and has won various awards including Indonesian Female All Star and Best Female Dangdut Singer in 2002, and Best Dangdut Singer and Best Song in 2004.

She began performing at the age of 12. Though she preferred pop and more mainstream music, she was continually offered Dangdut, the more Indian influenced Indonesian music. So in 1998 she learned cengkok and released her debut album Berakhir Pula.

She has acted in several movies, series, and commercials.

Her full name is Kristina Iswandari and she is of Muslim faith. She was married to politician Al Amin Nur Nasution until 2009. She first tried to divorce him in 2007, then again in 2008 but the religious courts wouldn't let her. He was then involved in a bribery scandal and the religious courts allowed her to part ways with him.

She is an Indonesian dangdut musician like Rhoma Irama.

Kristina Is A Member Of