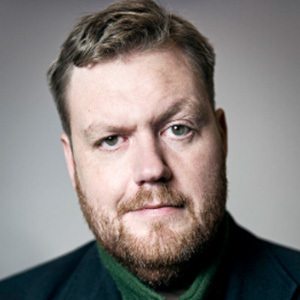 Swedish stand-up comedian who is known for having participated on several popular programs including Babben & Co, and Time Out. He is also known for his touring act called Dream of America and for starring on the television series Parliament in 2015.

He originally studied Political Science and Sociology at the Karlstad University. He started by appearing on the 2006 program Humor Lab on the SVT network. He gained further attention when he landed a recurring role on the 2008 television series Morning Sofa.

He was named Newcomer of the Year at the Svenska Stand Up Gala in 2006.

He was born and raised in Saint Paul's Parish, Malmo, Sweden and later settled in Hagersten.

He starred alongside Sissela Kyle and Johan Glans in the comedic television series Parliament on the TV4 network.

Kristoffer Appelquist Is A Member Of