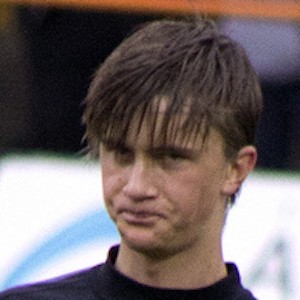 Midfielder who is famous for his international club career, including for the Premier League club Arsenal between 2012-2013. He signed with Swedish club AIK Fotboll in the top tier Allsvenskan league in 2017.

He began his youth soccer career with Swedish club IK Sleipner. He was offered a trial for Chelsea at age 13, which he turned down.

He played the 2015-2017 seasons for FC Midtjylland. He helped lead the Sweden U-21 club to victory at the 2015 UEFA European Under-21 Championship.

He was originally born and raised in Norrköping, Sweden.

He and Sebastian Larsson have played as teammates on the midfield for AIK Fotboll.

Kristoffer Olsson Is A Member Of