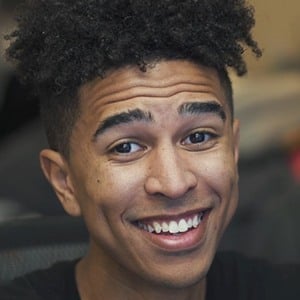 British-American YouTuber who posts a wide variety of comedic content to his channel, including rants, reactions, and stories. The channel has earned over 2.5 million subscribers. He's also a part of NBA 2k-focused web group 2Hype. He has a secondary YouTube channel titled LSK that is dedicated to all things NBA.

He became a partner at Fullscreen and was featured at their Playlist Live Tour. He is 6'10" tall, and had to give up his professional basketball dreams due to medical issues.

He was born Kristopher Obaseki in London, England. He made a Sibling Test video with his sister Olivia.

He has collaborated with fellow YouTuber Timothy DeLaGhetto.

Kristopher London Is A Member Of