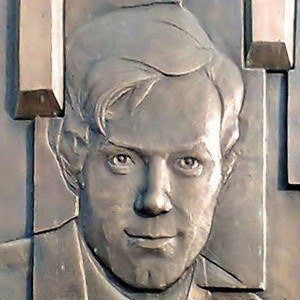 Jazz artist who scored "The Fearless Vampire Killers," "Knife in the Water," "Cul-de-Sac," and many other films. He adopted Komeda as his stage name to avoid running afoul of the Communist government's disapproval of jazz music.

He studied medicine at Poznań's Medical Academy, where he graduated in 1956 with a medical doctor diploma. His specialty was otolaryngology.

His 1965 album "Astigmatic" was regarded as one of the most influential European jazz albums, contributing to the shift away from American-dominated jazz.

His family entered him into music lessons while he was still young, nurturing his dream to become a famous virtuoso.

His most famous collaboration was with director Roman Polanski on "Rosemary's Baby" from 1968.

Krzysztof Komeda Is A Member Of