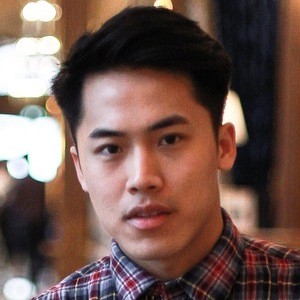 Most Popular#151076
Author Born in Switzerland#8

Instagram star and travel blogger who is known for posting to his website kuaofficial.com where he shares both fashion and modeling shots along with traveling photos and different hotel reviews. He shares his traveling photography with his over 100,000 Instagram followers as well.

He first began sharing his traveling shots to Instagram in March of 2013.

In addition to his blogging, he is also a chef specializing in gourmet foods. He is known for being a Coca-Cola Belgium ambassador as well.

He was born and raised in Switzerland.

He attended the red carpet premiere for The Maze Runner where he posted several pictures with Dylan O'Brien, Ki Hong Lee, and Kaya Scodelario.

Most Popular#151076
Author Born in Switzerland#8

Kua Namseang Is A Member Of