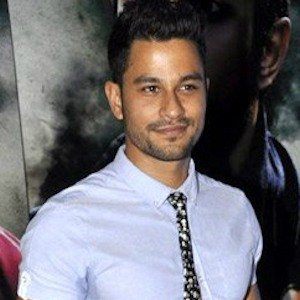 Indian actor who appeared in the movies Kalyug, Traffic Signal, and Superstar. He was also a child actor, becoming known at a young age for movies like Hum Hain Rahi Pyar Ke and Raja Hindustani.

He took a hiatus from acting in 1998, returning to the profession in 2005 when he appeared in Kalyug. His grandfather was an award-winning playwright. His last name was originally spelled Kemmu.

He was born to Ravi and Jyoti Kemmu, both actors. He also married an actress in early 2015, when he and Sola Ali Khan had a private wedding.

He and Sharman Joshi starred in the 2007 film Dhol.

Kunal Khemu Is A Member Of