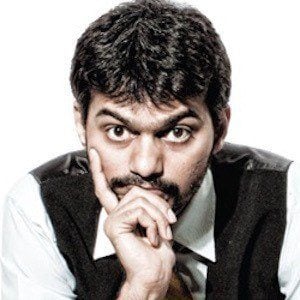 Best known for his comedy specials Holy Krao! and It's Not Okay. He is a stand-up comic who became a regular at Mumbai Comedy Store's Best In Stand Up comedy weekends.

He previously worked as an accountant in London, England.

He has been featured on the networks ET Now and Channel V. He co-hosted the Ghanta Awards in 2011. He also co-founded East India Comedy.

He is from Mumbai, India. He has featured his niece and nephew on his Instagram.

He joined Sapan Verma as a member of the stand-up comedy group East India Comedy.

Kunal Rao Is A Member Of