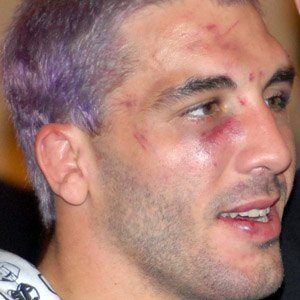 Lightweight fighter who turned professional in 2002 and signed with the UFC in 2008.

He earned his first career UFC Submission of the Night award with a rear-naked choke victory at UFC 111.

He had two children, Kurt and Priscilla, with his wife Melissa Pellegrino.

He was unable to break free of a Nate Diaz flying triangle choke on April 2, 2008.

Kurt Pellegrino Is A Member Of