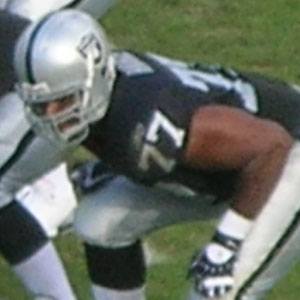 Former NFL offensive tackle who spent five years on the San Francisco after the team selected him in the first round of the 2003 NFL Draft.

He moved to the United States at the age of three and started playing piano and violin at age five before later attending Stanford University, where he played football for three years.

He played for the Oakland Raiders in 2008 after the 49ers chose not to resign him.

He came out as gay to his family while attending high school in Newark, Delaware.

Kwame Harris Is A Member Of