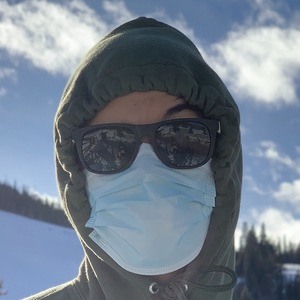 Social media personality who is famous for his Kwite YouTube channel. He has gained massive popularity for his distinctive hoodie and medical mask-clad look while providing commentary on social media and its stars. He has also been known for his popular series where he buys subscriptions for celebrities' OnlyFans accounts and describes what is on them.

He has seen his YouTube channel amass more than 1.6 million subscribers. Some of his most popular videos there have included "Why You Can't Win Against a Content Cop" and "Onision Wants a Content Cop From iDubbbzTV." He has referred to himself as a floating hoodie.

His real name is Tyler Gadner Wirkz. He has a pet cat named Smoke.

He has frequently provided commentary on the social media doings of iDubbbzTV and Logan Paul on his YouTube channel.

Kwite Is A Member Of