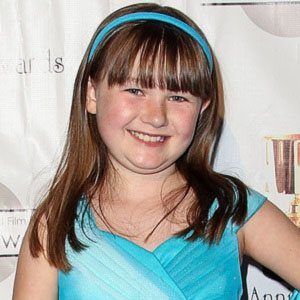 Famous for voicing the character of Anais Watterson on the Cartoon Network series the Amazing World of Gumball. She also provided the voice of the character Fufu in the Nickelodeon series Ni Hao, Kai Lan.

She became a professional voice actress when she was only seven years old.

She contributed to the 2015 TV movie Buddy Tech Detective.

She was born and raised in Chicago, Illinois. She later moved to California to further pursue her career.

She is known for the Amazing World of Gumball like Jacob Hopkins, whom is known voices the title role of Gumball.

Kyla Rae Kowalewski Is A Member Of