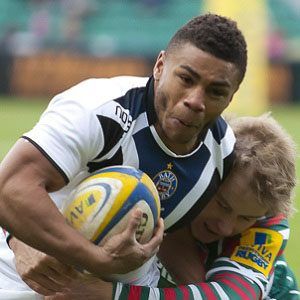 English rugby player who played rugby league for St. Helens from 2007 to 2011 before switching codes to play for Bath in rugby union. He was a member of the English rugby league squad which finished as runners-up at the 2009 Four Nations.

He grew up a huge supporter of Manchester United and attended the Radclyffe School in his hometown of Oldham, Greater Manchester.

He was suspended by St. Helens in 2011 for making an obscene gesture to fans.

He has been teammates with Sam Burgess at Bath.

Kyle Eastmond Is A Member Of