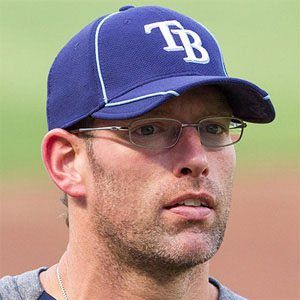 Large right-handed reliever who could generate 100-mph velocity in his prime, he began his MLB career in 1999 with the Chicago Cubs.

He played football, basketball, and baseball at Milton High School in Georgia.

He is remember for tackling Paul Wilson to the ground when Wilson started to charge the mound to fight.

He was born in Wichita, Kansas.

All-Star catcher Jorge Posada was his teammate on the New York Yankees.

Kyle Farnsworth Is A Member Of