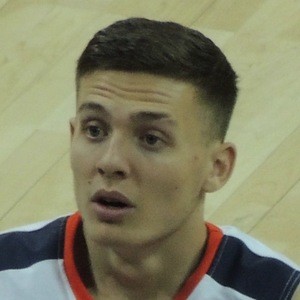 Shooting guard who began his college basketball career with the Virginia Cavaliers in 2016. He had a breakout 2018 season, being named first-team All-ACC and third-team All-American. In 2019, he helped Virginia win an NCAA Championship. He was selected 55th overall in the 2019 NBA Draft and became a member of the Sacramento Kings.

He graduated from Lawrence Central High School in Indianapolis, Indiana.

He was named the MVP of the 2018 ACC Tournament after averaging 16.7 points per game.

He has three brothers and two sisters. He is married to Alexa Jenkins.

He was coached by Tony Bennett at the University of Virginia.

Kyle Guy Is A Member Of