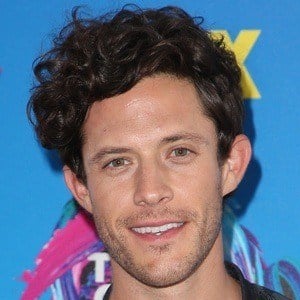 Actor most famous for his role as Cameron on the ABC Family science-fiction series Stitchers. His other television credits include roles on series like High Maintenance, Submissions Only and The Carrie Diaries.

He was born and raised in Irvine, California. He later moved to New York, where he made a name for himself performing in musical theatre productions like West Side Story and Sondheim on Sondheim.

He was cast in West Side Story after appearing in a YouTube comedy sketch called "Web Site Story."

He has a brother named Cody. He married Stephanie Brown in 2019.

He co-stars with Emma Ishta on Stitchers.

Kyle Harris Is A Member Of