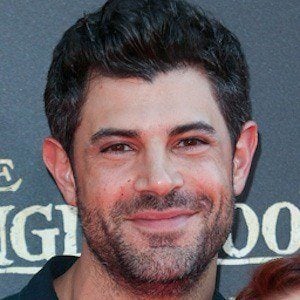 Well known for portraying Detective Quincy Fisher in Freeforms's Stitchers, he has been a guest of the shows NCIS, The Flip Side and the revival of Dallas.

He attended the University of Texas, Austin. He made his television debut in 2010 in an episode of The Whole Truth.

He was initially set to play a series regular role in ABC's The Catch, but the part was recast.

His mother Andrea Evans is a speech pathologist while his father, Richard Dayoub, became the president of the El Paso Chamber of Commerce. He has younger half-siblings named Sam and Emily and an older sister Danielle who worked as a personal trainer. He married Emily Montague in May of 2015.

He was promoted to series regular in Stitchers, joining Kyle Harris as a star in the series.

Damon Dayoub Is A Member Of