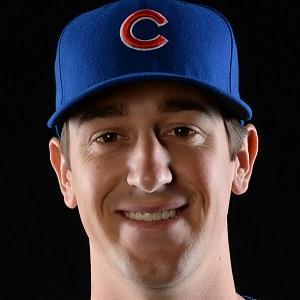 Pitcher who began his major league career with the Chicago Cubs in 2014. In 2016, he led the MLB in ERA and helped the Cubs win the franchise's first World Series title in over 100 years.

He played college baseball at Dartmouth Big Green, where he posted a 2.47 ERA in his junior year.

He was named the Cubs' Minor League Pitcher of the Year for 2013. In August 2014, he was named National League Rookie of the Month.

His parents are John and Ann Marie Hendricks.

He became teammates on the Cubs with Anthony Rizzo in 2014.

Kyle Hendricks Is A Member Of