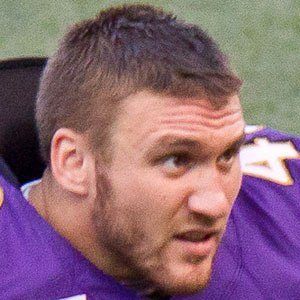 Fullback who began his NFL career with the Baltimore Ravens in 2013. He previously attended Harvard University, where he was a First-Team All-Ivy League selection.

In 2013, he became just the twenty-ninth Harvard graduate ever to play in the NFL.

His great-uncle, Dickie Moore, played for the Green Bay Packers.

He began taking hand-offs from quarterback Joe Flacco in Baltimore in 2013.

Kyle Juszczyk Is A Member Of