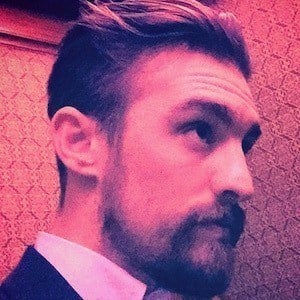 Singer and songwriter known for his time as the lead singer of The Click Five until their disbandment in 2013. In 2010, he also started a solo career with the release of KP. His music has largely found success in Southeast Asia.

He first formed a band called Hillside Manor with some friends in 2005. He was attending the Berklee College of Music when The Click Five approached him to join their band in 2007.

He's very involved in efforts to bring awareness to human trafficking both in the United States and internationally, often performing for the cause.

He grew up in Georgia before moving to Boston to attend college. He later settled in New York City.

He joined The Click Five after Eric Dill left the band to pursue a solo career.

Kyle Patrick Is A Member Of