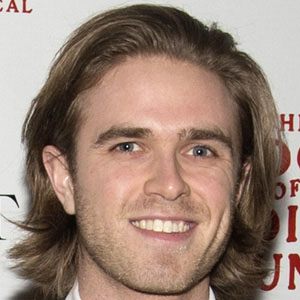 Canadian-born actor and musician who appeared in the Broadway productions of Spring Awakening and Hair.

As a teenager, he was an opening act for such singer/songwriters as Jason Mraz, John Mayer, and BB King.

He appeared on such television shows as Instant Star and 90210.

He was born in Saskatchewan, Canada. Beginning at age twelve, he toured with a Canadian band called Bluesway Express.

He co-starred with Tim Robbins in the 2011 HBO film Cinema Verite.

Kyle Riabko Is A Member Of