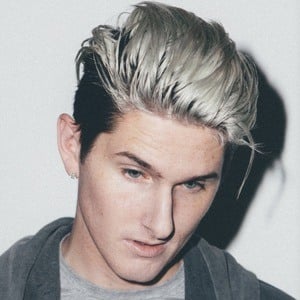 Working alongside his brother Michael, he made up one-half of the EDM music duo Grey. The brothers began working together in 2015. They became known for their breakout hit "Starving."

He was the first one to begin producing music. His brother joined in shortly after. The closest they had ever come to collaborating beforehand was as members of their school's drumline.

He and Michael received their big break after a friend sent them a mystery e-mail address in which to send back their best work. That e-mail address belonged to Skrillex, and the dubstep artist helped them get label representation.

He and Michael grew up in Huntington Beach, California.

Grey's hit "Starving" was a collaboration with Zedd and featured Hailee Steinfeld on vocals.

Kyle Trewartha Is A Member Of